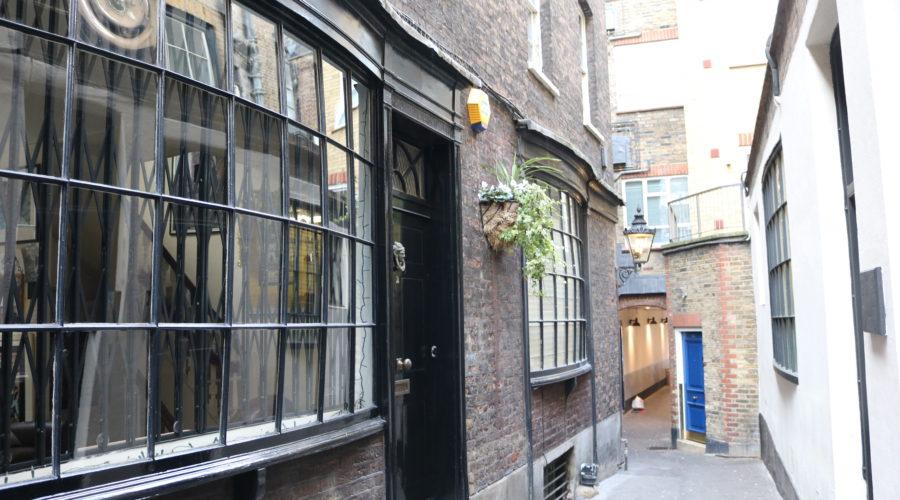 During our visit to London, we enjoyed a great walking tour highlighting many of the sights that inspired J.K. Rowling’s creation of the Harry Potter series.  Strawberry Tours runs a wonderful free tour (tip the guide!) that shows you sights where they filmed the movies and gives you great insight into the stories.  Here is a summary of the tour from our daughter who is the self proclaimed Biggest Harry Potter Fan in the World!!

Stepping into the World of Harry Potter

I hurried down the streets of London trying to keep up with our tour guide.  I could feel the excitement rising inside of me.  I’m going on my first Harry Potter walking  tour and I was not sure what to expect.  We started the tour by choosing which house we wanted to be in then we were off to see the sights that inspired J.K Rowling to write the series and some places where they filmed the movies.

Our first stop on the tour was Piccadilly Circus where Harry, Ron, and Hermione apparated to escape the death eaters during Bill and Fleur’s wedding in the seventh book and the eighth movie.  An interesting fact about that scene is that they had to shut down Piccadilly Circus for two days.  This is one of the busiest places in London, so you can only imagine what it cost them to shut down the square to film what turned out to be a 19 second scene.

Next we stopped by Trafalgar Square where they had the movie premiere for Deathly Hallows Part Two.  Afterward, we headed toward the Horse Guard area of the palace where they filmed the scene of Harry and Ron flushing themselves down the toilet to enter the Ministry of Magic.  There is a pretty funny story about that scene. The people that designed the toilets did such a good job that people thought they were real toilets. One day an older lady who happened upon the set walked over to the toilets and opened the door.  Everybody on the set was yelling at her to stop, but she opened the door and there was David O’harra the man who played Albert Runcorn standing in the toilet.  The lady was shocked by what she was seeing and asked him “Why are you standing in the toilet?” He replied, “We’re filming a scene for Harry Potter.”  She said, “Never heard of it,” then walked off disgusted.

We walked through a park where we saw the tree that inspired the whomping willow that Ron and Harry crashed into while flying a car to Hogwarts because Dobby made them miss the train.  It is also a way into the shrieking shack in Hogsmeade where they meet Sirius Black for the first time, lets just say it caused them a lot of trouble.

To finish the tour, we made our way to the alleys that inspired both Diagon and Knockturn Alley.   It was cool to see the stores that inspired Honeydukes Candy Shop, Ollivanders Wand Shop, Borgin and Burkes, and so much more.  I loved seeing all the magical places that brought my favorite series to life!!  If you like Harry Potter or just want to see some great London sites in a fun way, you should definitely take the Harry Potter Walking Tour.