Kid Approved Things to do in London: Changing of the Guard 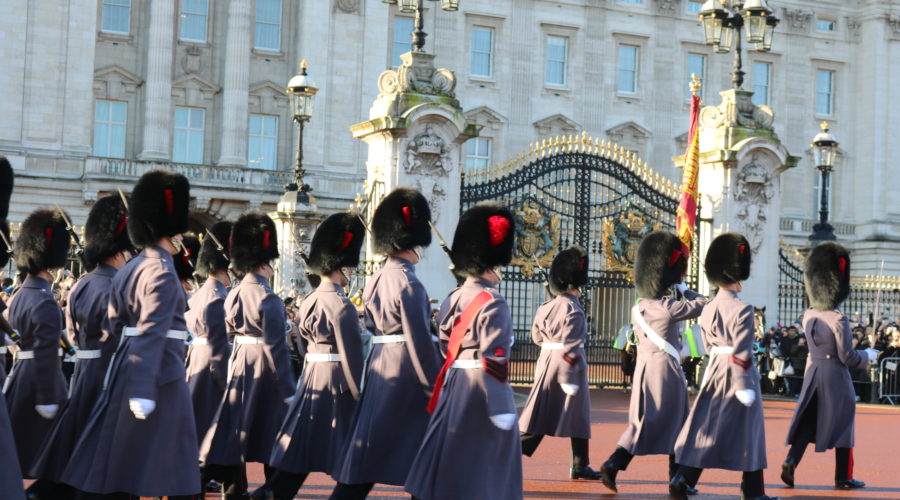 Kid Approved Things to do in London: Changing of the Guard

Are you planning a trip to London? Are you looking for kid approved activities to enjoy with your family? Well we had a great time at the Changing of the Guard. Our 11 year old daughter, Vaughn, enjoyed it so much that she wanted to write a blog and create a video of the experience!! Take a look at her blog and video below, we hope you enjoy it!

Changing of the Guard by Vaughn Boyd

Clip clop, I hear the hooves of horses trotting down the square in front of Buckingham Palace.  I rushed across Queen Victoria Memorial to see the Household Cavalry Guards passing by us.  Shortly after, you could hear drums playing as the new guards were marching towards the square in their magnificent uniforms. The Changing of the Guards has been around since the seventeenth century and is a well known tradition in London.

As I watched the Guard march by, I stared in awe of the bearskin hat that each member wears. The bearskin hat is eighteen inches tall, weighs about one and a half pounds, and is made out of Canadian black bear fur. The guard regiment is also accompanied by a marching band that plays music as they march in and out of the palace gates. We were lucky enough to also experience delightful Christmas music that they play during the holiday season ceremonies.

I hope you enjoy our video…

Pointers for Changing of the Guard